Home · Entries · Pixel Palettes BSV
This Entry is part of the Series Bitcoin.

At home Saturday afternoon, I tuned into an a Space on Twitter that has been occurring for about a month, often titled "Scammer's Meeting", followed by an assortment of crypto hashtags. Real attractive stuff. 😂

I've enjoyed bits of the conversation. Most conversations are related to bitcoin initially, but tend to diverge. I enjoy the novel diversity of perspectives and opinions. And ya, some chatter is quite scammy, but there is lots of forward-leaning banter on blockchains that scale.

During this particular meeting, DigitalCDaily was talking with Jack Liu about using bitcoin to support the Canadian truckers who were protesting mandates. GoFundMe recently deplatformed a group raising money for the truckers, and Jack put out a tweet, here:

And DailyC responded by creating an NFT and minting it on RelayX, and charging about $5 for it. I believe he raised close to $1,000 . 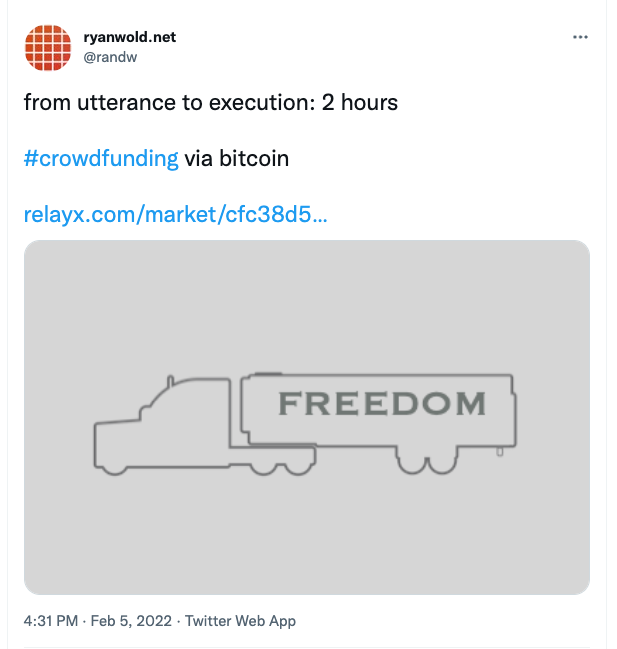 As the first 100 NFT's were selling out, Daily began minting more NFT's, by hand; or, one at a time. He mentioned wanting a list of hex codes. Presumably to support ordered and unique set of colors.

I chatted him up on Twitter and offered to help with a color palette.

After a few minutes I had generated a page of colors using html, javascript, and css, and sent it along. 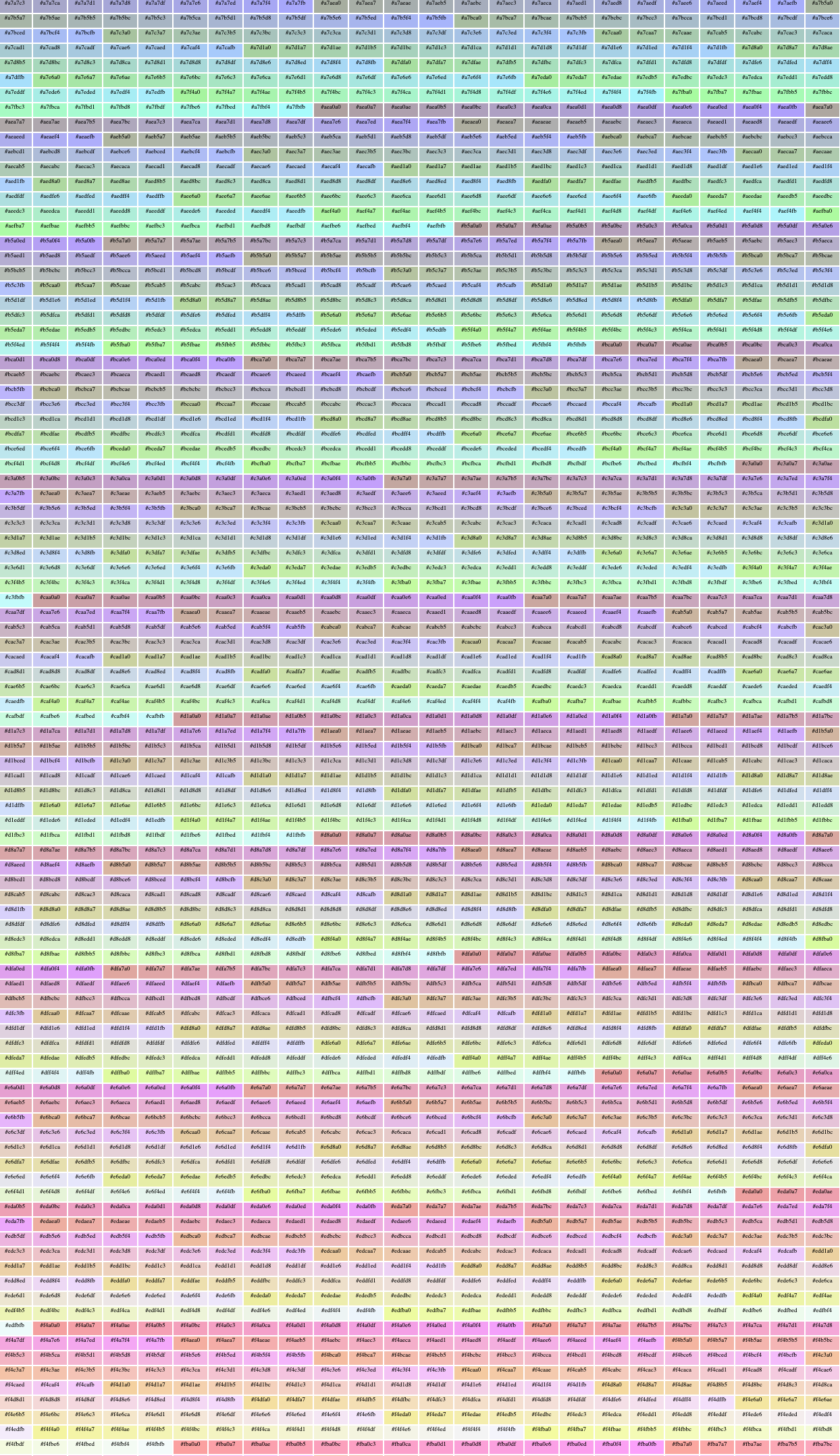 I don't think he was able to use it in its form, but the next day, he posted progress and his contribution. 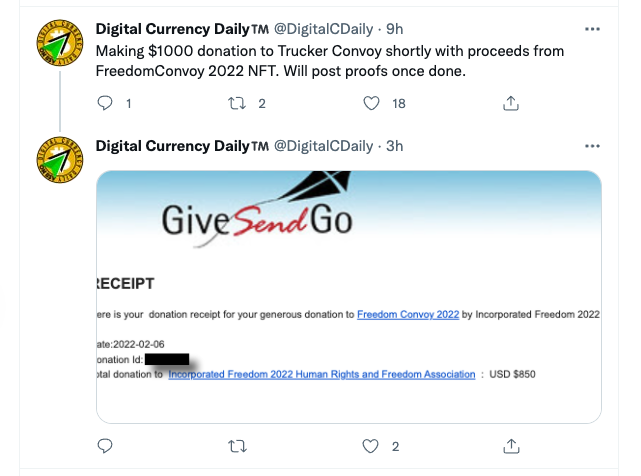 And, I had some time in the evening to keep working with the code. I opened an existing Elixir project I had and started prototyping a page. The project has three.js in it, as well, so I started drawing a few shapes and applying the same coloring scheme I was exploring in CSS earlier.

After getting the basic 10x10 grid displaying, I turned my attention to capturing the rendered image.

At the end, I added my personal stamp (an .svg image) to the bottom right of the view window (the digital canvas).

Then, I "pressed" all the images using a ruby script that used the capybara .gem, to open a web browser with the elixir app. The parameters are passed in and the browser page generates the palette. The height and window size is set. Then a screenshot of the browser page is captured. The result?

A collection of 125 subtle gradients generated and minted on the BitcoinSV blockchain.

See the collection on RelayX

Here are 5 of the Pixel Palettes: 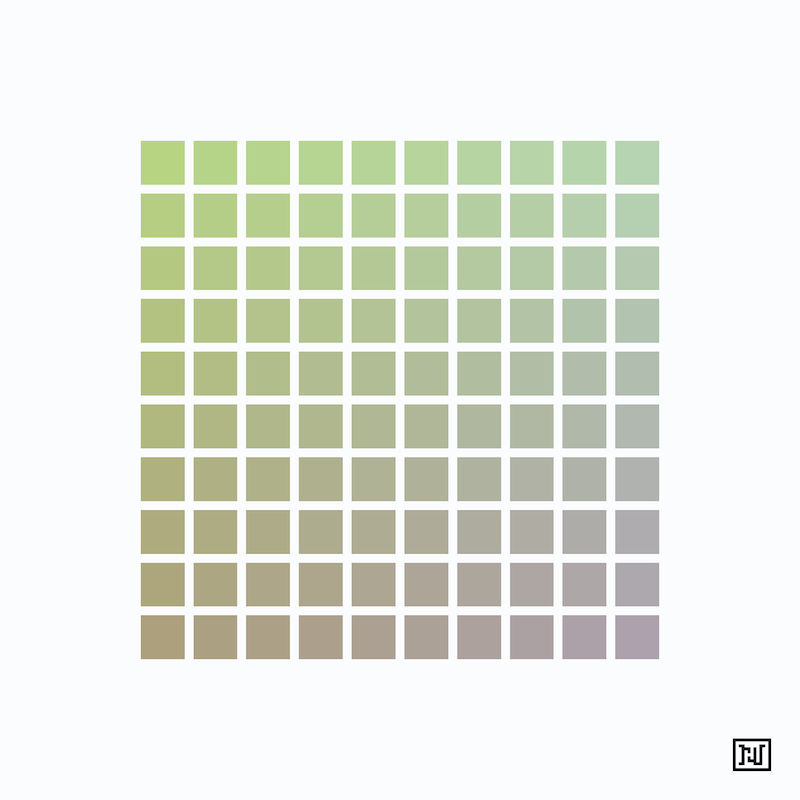 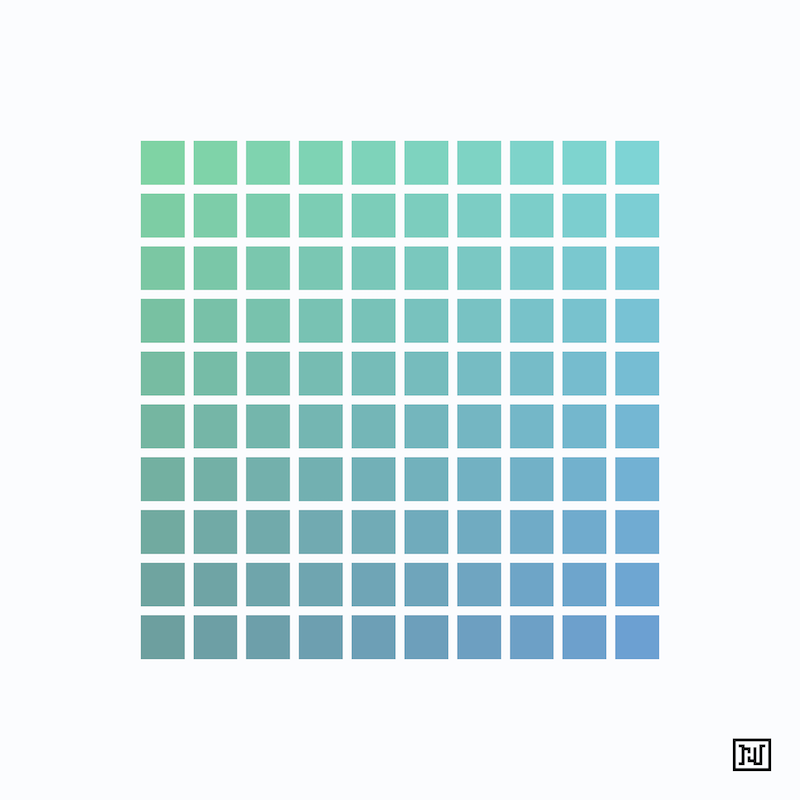 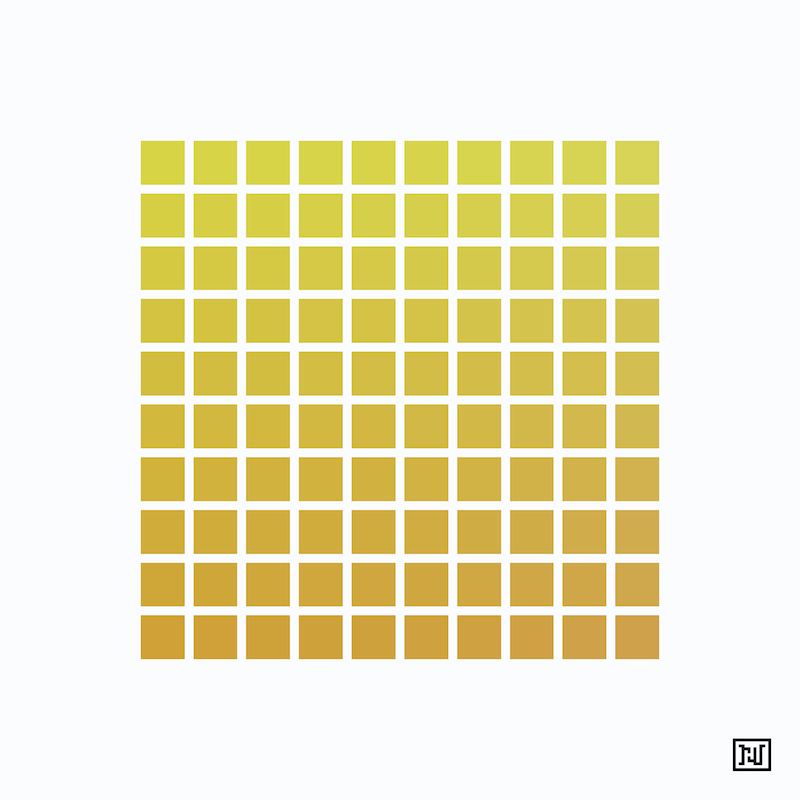 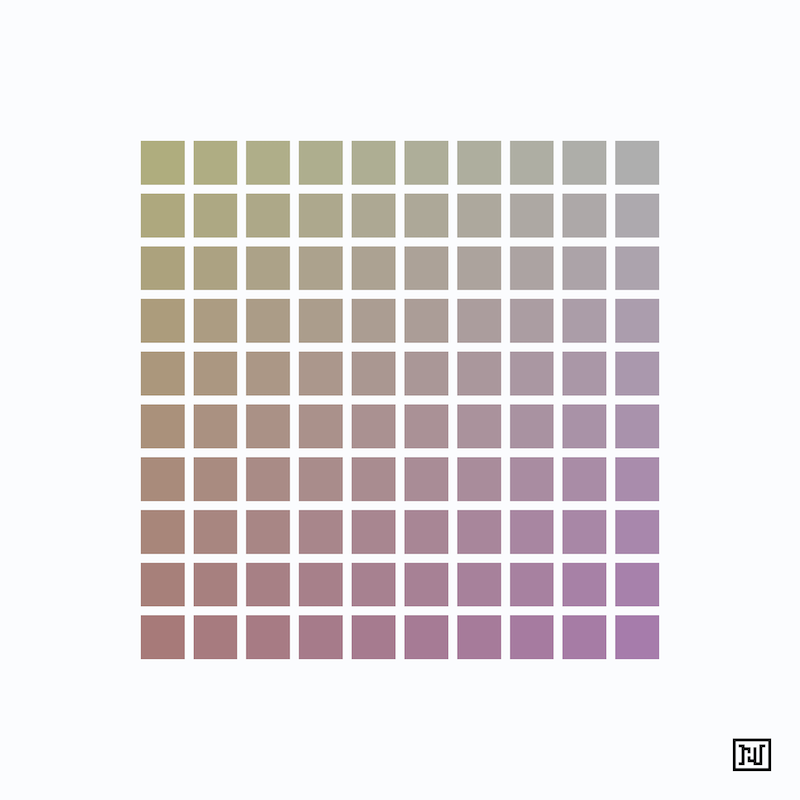 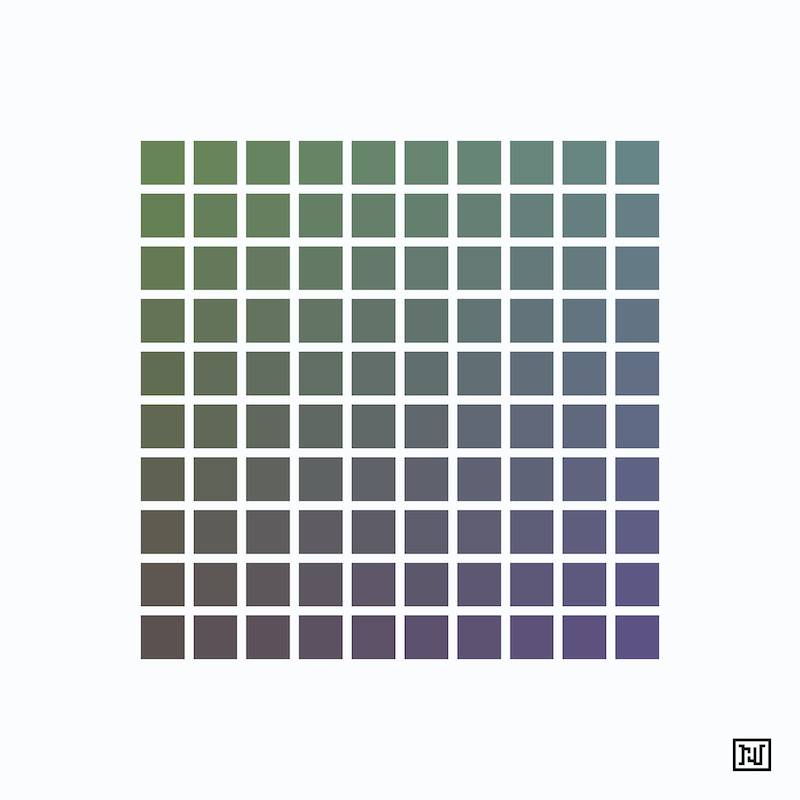 I had a lot of fun hopping into the Spaces to work on something that was moving forward, and even though my efforts to help didn't cohere with the Daily's existing effort, it was not for naught.

Continuing to pull the thread around color exploration, and adjacent to NFTs, it was a fun way to experiment, and learn about NFTs, generative art, and creating transactions on the bitcoin blockchain. It was rewarding to create something.

See the collection on RelayX.